Hovednavigasjon
Undernavigasjon
Debatt > 2019 > Why is it important to vote?
Fb
Tw
Tips oss!

Why is it important to vote?

UiO should perhaps consider allocating a specific position in the board that represents the international academic staff in fixed-term employments. 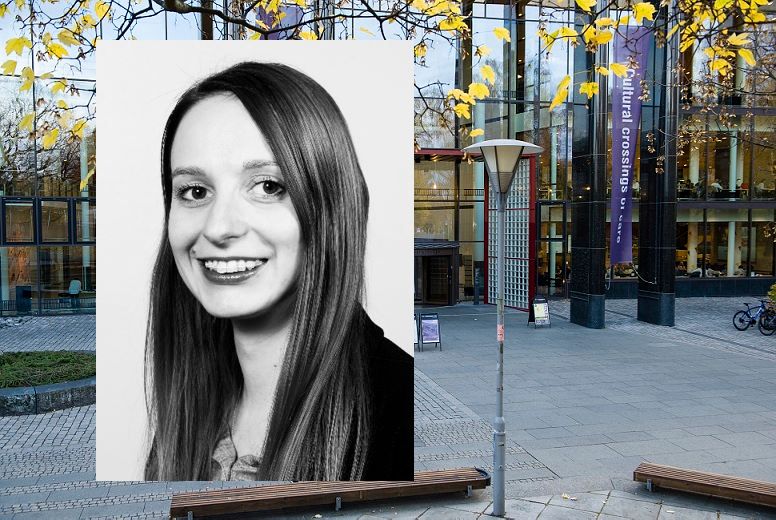 LITTLE ENGAGEMENT: It seems that there is still a small proportion of those with the right to vote who engage themselves in the electoral campaign and vote, Writes Diana Saplacan.

This week (20th– 27th of May) takes place the electoral campaign for choosing a representative for temporary academic employees in the University Central Board (read more here about the candidates). I, Diana Saplacan am one of the candidates. If I win, I will be the first candidate amongst the international academic staff to win the elections. I speak Swedish and understand Norwegian. But academia is more than language, it is also about the culture, and having an understanding of both the Norwegian, and Scandinavian system, but also about understanding the challenges that the international staff encounter at UiO. According to myself, I’m a good fit. With a Scandinavian, multi-cultural international background, I can represent both the Norwegian, Scandinavian and other international employees. However, I urge more of the temporary academic staff with voting right, to vote. I mean that: (1) there are too few who engage themselves in the campaign, and (2) that the information does not always reach the international academic staff on fixed-term contracts.

Too few who vote

What I mean is that we reach out to very few: 15.63% is a very small proportion of those entitled to vote. One can almost think that this is worrying. How would it have been if only 15.63% had voted in a country's presidential election? It would point out that the information does not fully reach out, or that those with voting rights do not use their right, responsibility and opportunity to vote. And if those numbers are so low, one might perhaps ask the question "why?", and maybe do something about it.

This, as I said, is worrying, and I would like to encourage both Norwegian, Scandinavian, and international academic temporary employees to use their right, responsibility and opportunity to vote.

It is also important that they read all the candidates' election platforms and that they make an informed decision, rather than voting for those they know.

Finally, it is important that, regardless of election results, that the elected representative and their replacements take account of the points that other candidates present, and actively work with these. All the points that were put forward in different election platforms point to something that needs to be worked on.

The point that applies to international temporary employees at UiO should receive special attention: there are many who do not know the Norwegian university policy and therefore do not know how, or when they should get involved. On a long term, UiO should perhaps consider allocating a specific position in the board that represents the international academic staff in fixed-term employments.

Why it is important for international involvement in the election

As I wrote in my platform, according to an official report from UiO, 42% of the PhD candidates are international. There is also a share that is international temporary employees, but who has an employment as a researcher, post-doc etc.

As the former international candidate, Florian Weber, has pointed out in one of the previous Uniforum posts, it is important that the international temporary are also represented in the board; or as the former UiODoc president Désirée Treichler mentioned in a Uniforum post that: "Most of the temporary employees work here for such a short period of time that they never see how the university is actually run. Therefore, they also do not feel that they are enough belonging or have any belief that they can actually do something about their right to vote […]. ”

It is therefore important that we reach everyone with the right to vote.

Myself, I speak Swedish and understand, among other things, Norwegian, although I count as an international academic staff in a temporary employment. Therefore I can get more involved in the university world, but there are many international who do not because of the language barriers, and they lose out on important information that is about them: decisions that concern to them, but they are not aware at all about these decisions, or how they affect them.

I wish to be clear: I do not want to transmit a message where I am perceived that I see everything on a black and white scale, e.g. that everything should now be in English. But instead I want to put forward that we need to be more inclusive in decision processes when it comes to the international temporary employees. This is important in the long term for all parties involved!

I have chosen this post to be in both Swedish and English for that very reason: to reach as many people as possible who have the right to vote, and to do not to exclude international temporary employees in temporary positions because of language barriers.

Finally, whoever you with the right to vote choose to vote for, do not forget it is still important to vote!

Urging more people with the right to vote to vote

Here are all the candidates' election platforms

If you are interested specifically in my platform, you can find it here

(Both Florian Weber and Désirée Treichler approved the use of their names and references to their earlier Uniforum posts before this post was sent in to Uniforum.)