–There should be no competition between universities. Universities should deliver jointly the competence and capacity that Norway needs. That is the opinion of professor Arnoldo Frigessi at the University of Oslo and  Oslo University Hospital. 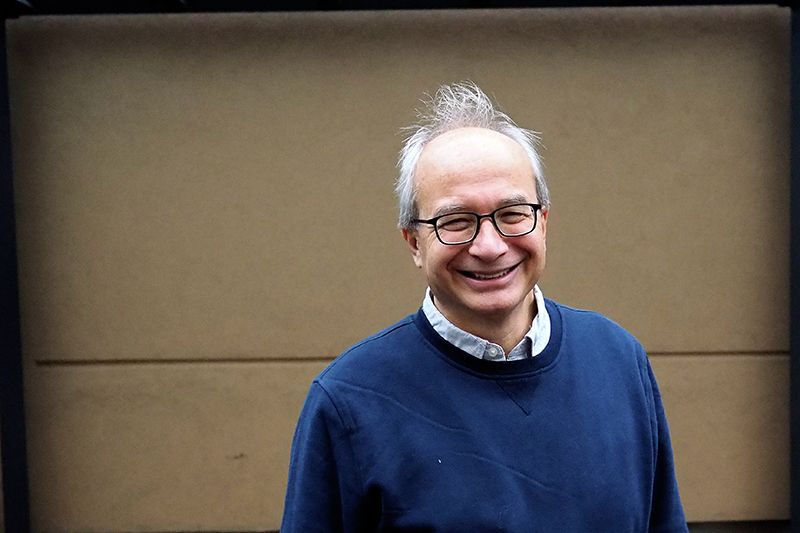 OPTIMSTIC: – I am optimistic; the next ten years will take UiO to a new level, Arnoldo Frigessi writes in this letter to the editor.

Three points for the UiO Strategy 2030.

Here are three themes, which I think need to find a place in our discussions.

1. From competition to collaboration.
Of course we all understand that collaboration, instead than competition, would allow to reach better results and more rapidly.  Competition is a vast of resources, the most important probably being intelligence. Just think to the time spent in writing applications for funding or to the withholding of results (positive and negative) and data to protect own advantages. One might say that competition can act as a trigger and a motivation to target higher. Well, I think researchers are at least as strongly motivated by collaborative projects, especially if these are ambitious and would make a huge impact. In a small country like Norway, we can and need to invest in collaboration and reduce competition.

There should be no competition between universities. Universities should deliver jointly the competence and capacity that Norway needs. They should recognise each other’s roles, completing each other in education and research. The rivalry between UiO and NTNU is quite disappointing. Collaboration between research groups, between and within universities, would allow to use the rather limited resources (people, infrastructure, funding) better, and to reach stronger results in shorter time. We would be able to compete much better for international resources (as competition will remain there). Younger researchers would be excited to be the motor of such a new and original way of doing research. Forskningsrådet would find new ways to fund research that are not relying on competing bids, but collaborative ventures.

In Norway, because of its construction and soul, we can do this. UiO should have “More collaboration and less competition” as a leading principle for its strategy and work accordingly. (It would have also organisational and budgetary consequences, for example.)

2. Capture, predict and implement change.
We all agree that there are “tunge trender” out there. Indeed, the world changes at a fast pace and the developments of science, society and technology suggest that this will continue. A university like UiO must develop instruments which allow her to capture change as soon as possible, in fact predict change, and implement the needed structures. Currently it goes too slowly. Haven’t we discussed on how to play a role in innovation for the last ten years, and we are still waiting (essentially)? It took about four years to build something that starts to look like a horizontal organisation of data science at UiO, while AI, digitalisation, machine learning, big data and all that has been swirling around us.

It is still very difficult to construct interdisciplinary studies and centres, interdepartmental and interfaculty, while we know that they are urgently needed. UiO is simply too slow. More than making a list of mega trends, UiO Strategy 2030 should define her antennas, able to monitor the world out there efficiently, and her instruments which allow her to promptly adapt and to anticipate needs of education and research.

UiO has to be able to build (and disassemble) organisations, centres, courses, arenas, degrees, research projects with a new tempo and efficacy. It’s urgent. And one more issue: as resources are finite, change means that some things have to be reorganised, maybe even abandoned. That’s not easy in a university, but some reshaping  of conservative constructions will be in any case naturally needed. The strategy should indicate instruments to perform this, in consensual ways.

3. Teach all generations, lifelong.
There is one “tung trend” that is so “tung” that it needs to be on top of the agenda of UiO Strategy 2030. Namely, continuum education. Traditionally, we teach our students when they are young, and then they are sent to work for the rest of their lives. Learn -> work. Again, because technology and knowledge are changing so rapidly and so deeply, this is not going to be enough. Learn -> work -> learn -> work and so on, all your life! UiO has the responsibility to deliver competence and capacity as needed for Norway, and to do this it has to re-think rather dramatically the way we organise teaching and training.

Continuum education, lifelong, is already rather strong in Norway, which means that we have an excellent starting point, a competitive advantage.  New forms of work, more flexible employments (but hopefully preserving rights), more public data and open resources (and therefore the advantage and the profit come from analysing and exploiting the data in a creative way): this all makes the return to learn imperative. And it underlines the importance to learn the methods, the theory, the principles, more than the practical currently used and popular tools, which will soon be outdated.

At UiO we are good in methods. It also requires rethinking forms of teaching, for people who are more in a hurry than the twenty-year-olds. It is necessary to construct continuum education programmes with the stakeholders, the students, their employers, their organisations, the state institutions. UiO Strategy 2030 should design its new role in this setting.

I am optimistic; the next ten years will take UiO to a new level. S2030 should indicate its own new instruments for change, building bottom-up, democratically and incisively. We can make a university which is even better, in fact unique and attractive in the international panorama. For this, we should be courageous at this point.