Does lack of gender balance in business scholarship matter to the scholarship itself? Certainly a homogenous group may tend to suffer from groupthink and become an echo chamber. 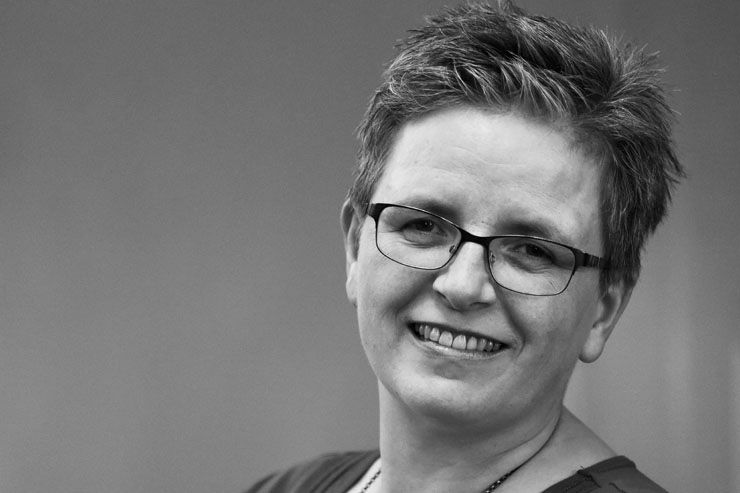 INTERESTED?: Daughters of Themis is open to applications from female scholars in all areas of scholarship pertaining to business, including all relevant disciplines such as law, economics, management and administration, political science, sociology and natural sciences, writes founding member Beate Sjåfjell.

Daughters of Themis: International Network of Female Business Scholars, while a very young network, is proving its worth and gaining increasing interest.

One could imagine that there was no need for a female network in an egalitarian country like Norway, but rather it is at the University of Oslo’s Faculty of Law that this network was created.

The starting point was a meeting of female business scholars in 2012, financed with the University of Oslo’s gender equality funds. At that time there were only two female company law professors in all of the five Nordic countries. Together with Professor Ola Mestad, I had taken a closer look at the history of female company law scholars in Norway.

Professor Lucy Smith (1934-2013) was a pioneer: the first female in Norway with a doctoral degree in law (1981, in family law), first female full professor in law (1987), and first female rector of the University of Oslo (1993). While Lucy Smith became famous for her important scholarship in children’s law, she did not receive the recognition she deserved as our first female company law scholar, including her excellent book about the battle on the stock market (‘Kampen på aksjemarkedet’, 1988). It was an honour for our small group of female scholars to meet with Lucy Smith in 2012 and hear her story the year before she passed away.

Not surprisingly, when this is the case in the Nordic region, female business scholars in other countries are also often in minority in terms of their gender. It therefore clearly met a need when, in 2015, the network was revitalised, given a proper name and officially declared to be international and open to membership for female business scholars in all relevant disciplines. Daughters of Themis: International Network of Female Business Scholars has since then held annual workshops for its members in a harmonious venue in Greece, conducive to in-depth academic discussions and good conversations. The workshops, like the network itself, are informed by the belief that female scholars in the male-dominated area of business scholarship benefit from having a forum for open and inspiring discussions about our common area of interest and about the joys and challenges of being female scholars.

Does lack of gender balance in business scholarship matter to the scholarship itself? Certainly a homogenous group may tend to suffer from groupthink and become an echo chamber. We know that the contribution of business and finance is necessary to meet the grand challenge of our time: securing the social foundation for people everywhere now and in the future while staying within planetary boundaries. We also know that the path we are on now, of ‘business as usual’, is a very certain path towards a very uncertain future. Critical perspectives and alternative approaches to mainstream, male-dominated business scholarship are therefore sorely needed.

Obviously, there are other types of inequality challenges than the gender imbalance in academia. Daughters of Themis is conscious of issues of intersectionality and we are especially glad to include as members scholars identifying as female that are situated in double or multiple minority positions. Without pretending to speak for all female business scholars, we see that we are an actively growing network, with many of us having in common a desire to work towards achieving corporate sustainability. A critical analysis of gender as an agent for change is the topic of an edited volume based on the 2016 Daughters of Themis workshop contributions, edited by Professor Irene Lynch Fannon and myself, and has given us the opportunity to engage in insightful discussions of corporate (un)sustainability and the potential and limitations of various initiatives for corporate sustainability (the volume is forthcoming 2018 with Cambridge University Press).

Working on the edited volume introduced me to wonderful female scholarship with which I had not been familiar. Investigating this more closely, I found evidence that generally speaking, men tend to cite men, men tend to self-cite more than women, while women cite both men and women. Add to that that female business scholars in most countries are in minority positions; there is a danger that our scholarship is disproportionately less cited. As a small contribution to mitigate that, and with the support of the Faculty of Law’s Equality and Diversity Committee, we are setting up an open-access Zotero library within which we will include publications of all our members. The library will be freely available via our website and accessible to everyone.

Does it matter that female business scholars may be cited less than their male counterparts? Well, it does, if that also means that mainstream postulates are not successfully challenged and that corporate unsustainability persists. While I have had the pleasure of working closely together with progressive male scholars, particularly from the start of my first international research project, Sustainable Companies (2010-2014), there appears to be a higher number of sustainability-oriented female business scholars than there are male. Certainly the gender balance in both the Sustainable Companies Project team, and now in the SMART team, is not representative of the unbalanced gender ratio amongst business scholars in general. Perhaps being a minority to start with encourages critical perspectives on status quo?

I am writing this in English to reach out also to international female scholars. Daughters of Themis is open to applications (online) from female scholars in all areas of scholarship pertaining to business, including all relevant disciplines such as law, economics, management and administration, political science, sociology and natural sciences. Together we can be a unique disruptive force!