DEBATE: Iranian women are fighting for their rights as European women did

Iranians have experienced the consequences of combination of religion and politics as Europeans did before Renaissance and Enlightenment. They are fighting their fights but against the most aggressive and unjust system. 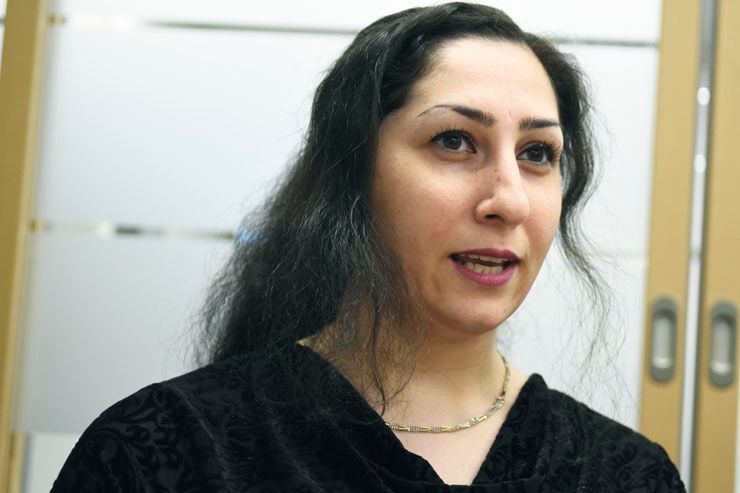 STRONGER: Together we are stronger; let’s be part of the process-- changing our worlds, lecturer and independent reseacher, Tabassom Fanaian writes. (Photo from the archive)

Open letter to the science world, to scientists

After 44 years of coercion of one ideological apparatus, abuse of the power, mismanagement of resources and violation of basic human rights by an incompetent theocratic regime, Iran is left with ecological, economical, social and even ideological crises.

For 44 years, every time Iranian people have shown resistance against this system, in 1999, 2009, 2019, they faced sever oppression and suppression by government’s authorities, but this year, in 2022 a women led revolutionary movement has changed the equation by demonstrating exceptional bravery in the streets of Iran. Disappointed, dissatisfied, disagreed with current situation in Iran, bare hands, demanding their basic human rights for having a normal modern life which this theocratic government, historically, has shown the inability to offer.

The movement was ignited against Islamic Republic because of mistreating a 22- years old, Mahsa Jina Amini from Kurdistan for her hijab in September 2022, eventually by her demise, protests began by burning head scarfs which is a symbol as rejecting one of the basic and original laws in this theocratic state and this intention became vocalized by slogans against the existence of Islamic Republic and demand for removal the supreme leader.

Dear scientists, we can theorize and write about this revolutionary movement, about its origins and its destinations-- scientifically. We should do that and we will do that because it is a useful and applicable topic for a scientist to analysis the consequences of unique establishment of a theocratic Islamic state in modern ages at national and international level, in various scientific disciplines; but these brave women and men in the streets of Iran request other form of attention urgently, on the ground of humanity and morality. We are witnessing the birth of a great change in Iran and as known reaction of an oppressive regime, demonstrators have faced internet shutdown, brutal encounter, violent suppression, illegal detentions, torture, unfair trials, and imminent danger of execution.

They are requesting from you to be their voices

Iranian women are fighting for their rights as European women did. Iranians have experienced the consequences of combination of religion and politics as European did before Renaissance and Enlightenment. They are fighting their fights but against the most aggressive and unjust system. They are requesting from you to be their voices while this regime try to silent any opposer by stick or carrot.

• In academic sphere, please contact the head of your university, head of your department and head of communication and ask them to react/publish/hold seminar/send letter to show your standpoint about the raids, brutality, and detentions towards Iranian students which happens right now in Iran’s universities and schools.

• In national sphere, please contact your representatives in parliament and government and ask them to respond/take stand and action about:

- Any economical, technological, and diplomatic agreement with Islamic Republics of Iran.

- Targeted visa and financial sanctions against specific and key figures of Islamic Republic and member of The Islamic Revolutionary Guard Corps and their families.

- Recalling back your ambassadors from Iran

• In international sphere, please contact your representative in UN, UNICEF, and European Council and ask them to respond/initiate an action/visit for human rights violations, detaining and killing children and juvenile during these demonstrations; for supporting Russia in war in Ukraine by selling war drones and equipment.

• We can be creative; It is just about exercising your power of agency and empathy as a citizen in a democratic country to support other fellow human beings who demand their human rights and already have sacrificed their lives as an endeavor for making changes for a better future for next generation of women and men in Iran and the region.

Together we are stronger; let’s be part of the process-- changing our worlds. Woman, Life, Freedom!