– It is simply incorrect for Nedkvitne to assert that historians already knew Greenland was the main source of ivory trade to Europe throughout the Viking Age and Middle Ages, the researchers Sanne Boessenkool, Bastiaan Star and James H. Barrett write in an answer to retired Professor Arnved Nedkvitne. 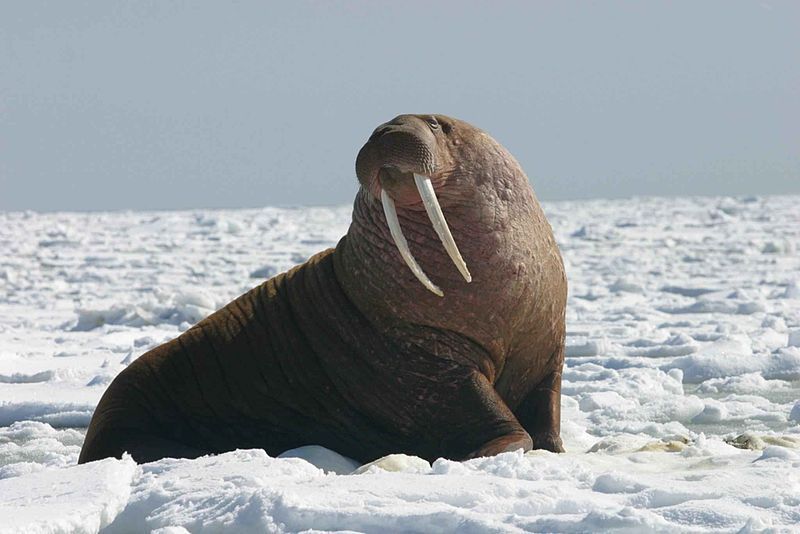 INCORRECT: “It is simply incorrect for Nedkvitne to assert that historians already knew Greenland was the main source of ivory trade to Europe throughout the Viking Age and Middle Ages.” This is the opinion of three researchers who recently could present new findings in the ivory trade from Greenland in the Viking Age.

We thank Arnved Nedkvitne for his important call for interdisciplinary research involving biologists, archaeologists and historians.

Knowledge of different research traditions is key to an informed understanding of the past. We share this view, including his agreement about the contribution that ancient DNA can make to this field. However, it is not possible to include all aspects of an issue in a short paper for a scientific journal. Such papers must, by definition, prioritise the scientific methods and their outcomes. Moreover, we strongly believe that it is essential to speak across disciplinary boundaries in order to show new audiences the value of historical/archaeological research, even if it sometimes requires brevity and thus simplification.

Books allow the luxury of longer, more inclusive and more nuanced treatment. As Nedkvitne is aware (having contributed as an author) one of us (Barrett) has co-authored and edited a major book (Cod & Herring[J1] ) on fish trade. He is writing another (Northern Journeys) that includes the walrus ivory trade. It is in contexts such as these that historiography can play a larger role.

This is not to say that history has been ignored in the articles regarding fish trade and walrus ivory that Nedkvitne discusses. Both he and Professor Alf Ragnar Nielsen, whom he rightly mentions as another important authority, are cited in the article on Norwegian cod found in Haithabu/Hedeby. The walrus DNA paper was published before Nedkvitne’s new book of September 2018. Nevertheless, the article uses the historical record to establish two potential sources of medieval walrus ivory (Greenland and Arctic Fennoscandia/Russia). Ancient DNA is used to test between these possibilities, within the carefully acknowledged limits of the scientific method.

We must protest, however, on points of detail. It is simply incorrect for Nedkvitne to assert that historians already knew Greenland was the main source of ivory trade to Europe throughout the Viking Age and Middle Ages. Firstly, the historical sources predating the 1200s are anecdotal at best, as he has himself shown. Secondly, Novgorod has produced more walrus ivory artefacts of medieval date than any other European town. Much of this material must have come from its extensive trade network into the Russian and Scandinavian Arctic. Lastly, within the limits of source criticism, the very famous and contemporary Ohthere/Ottar account of the 890s specifically refers to a gift of walrus ivory from northern Norway or Arctic Russia to an English king. These are just a few examples.

Another important observation is that the press coverage, and press releases, associated with our and any scientific work must of necessity be extremely brief and enthusiastic. For a full appreciation of what has been said, with all the appropriate caveats and due caution, it is essential to consult the original published articles, that are available open-access (http://www.pnas.org/content/114/34/9152 and http://rspb.royalsocietypublishing.org/content/285/1884/20180978). This is particularly important regarding the fish “trade” paper. In the article we specifically DO NOT claim that the evidence shows the beginning of a trade of commercial scale. We say that it MAY do so, but that sailing provisions is another alternative explanation. Moreover, Nedkvitne ignores the other evidence the paper mentions – such as the presence of several species unlikely to be available in local waters, and the corroborating evidence from stable isotopes that the cod at Haithabu/Hedeby were probably imported stockfish. In our view the interpretation challenged by Nedkvitne is not actually what we have written in the article. It is of course what has been said in some inevitably simplified press coverage.

Overall, we welcome the call for more interdisciplinary research and we strongly believe that this research can be transnational (reflecting the extent of the trade systems and past societies being studied). We work together with experts in the different disciplines, irrespective of their gender, age, ethnicity or nationality. We remain confident that our cautiously interpreted papers both respect and add to existing historical knowledge. We look forward to reading Nedkvitne's ongoing contributions to this field of research in the relevant scholarly arenas.